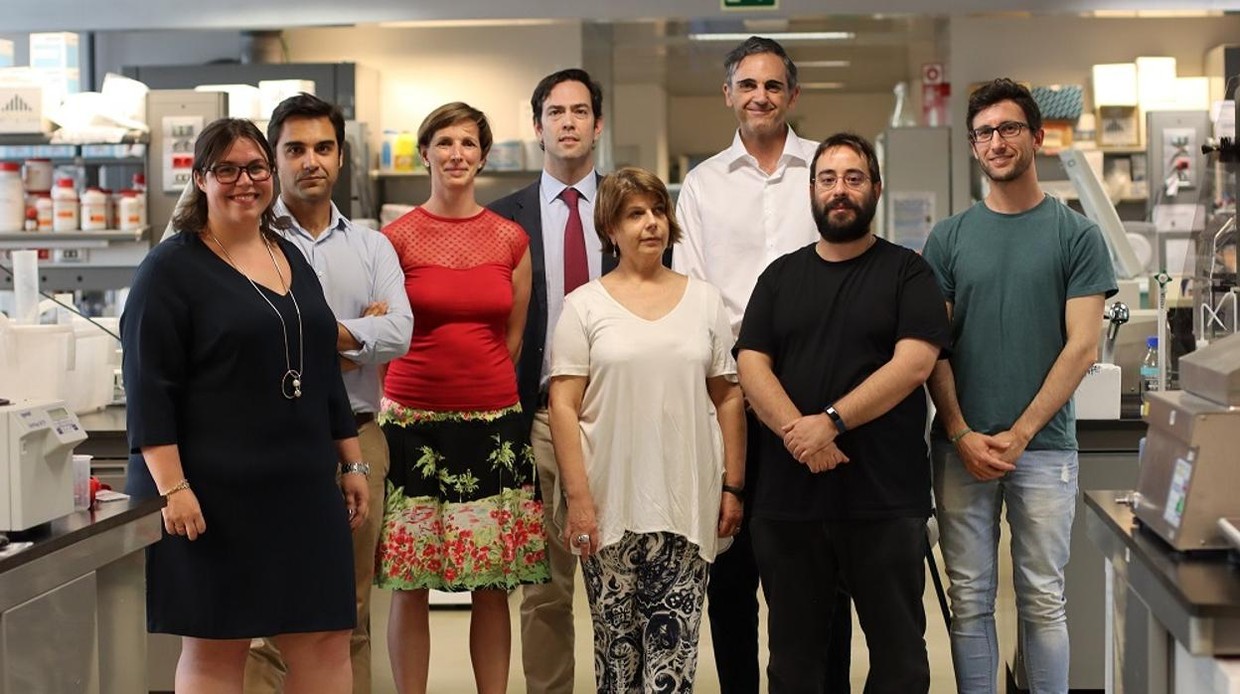 One person with multiple myeloma and one with sarcoma are the first so far to receive the genetically engineered T cells in the study.

Doctors have infused cells edited using CRISPR-Cas9 into two patients in a trial conducted at the University of Pennsylvania, NPR reports today (April 16). A university spokesperson confirmed in an emailed statement to The Scientist that the trial is underway and that two patients, one with multiple myeloma and one with sarcoma, have been treated so far. The study is the first instance of patients in the US being treated with a CRISPR-based therapy.

In an interview with The Scientist in June 2018, the leader of the study, oncologist Edward Stadtmauer, explained that CRISPR would be used as a tool in a new type of immunotherapy. His team would filter T cells from the blood of eligible patients with cancer, then use the gene-editing technique to knock out three of the cells’ existing receptors and with a lentiviral vector insert the gene for a receptor called NY-ESO-1, a protein that appears on the surface of some cancer cells. The modified cells would then be expanded for a few weeks in the lab. Patients would receive a brief course of chemotherapy, after which the cells would be infused back into them.

In addition to cancer applications, researchers are exploring the use of so-called ex vivo CRISPR editing—in which cells are altered outside the body and then given to patients—to treat blood disorders such as β-thalassemia and sickle cell anemia. Other teams are working to develop therapies that would edit genes at fault in genetic diseases inside patients’ bodies.

Since its debut less than a decade ago, CRISPR-Cas9 gene editing has inspired its share of grandiose and cautionary forecasts: that we might soon be able to resurrect beasts from the ancient past, for example, or (that classic genetic manipulation controversy) create designer babies. While such applications may never see the light of day, the technology is already revolutionizing genetics research, allowing scientists to easily manipulate model organisms in the lab. Moreover, many biomedical scientists see the system as a means to fix problematic DNA at play in countless genetic diseases.

Scientists and companies at the front lines of developing CRISPR-based therapies have started with relatively modest goals, targeting rare single-gene disorders and largely aiming to transplant modified cells rather than set a gene-editing delivery system loose in the body. But if green-lighted by regulators, such therapies could serve as trial balloons for a much broader use of CRISPR in medicine.

“Up to now, gene therapy has consisted of trying to get [new copies of] genes into cells in people’s bodies, and that’s been tough,” says David Flannery, a medical geneticist at the Cleveland Clinic. CRISPR, instead, offers a way to tweak genes already present in their cells.

With the approval of Novartis’s Kymriah last year, the US Food and Drug Administration (FDA) for the first time green-lighted a treatment—in this case, a cancer immunotherapy—consisting of genetically modified cells. A patient’s own T cells are extracted from the blood and treated with a virus that inserts a gene for a chimeric antigen receptor (CAR). The resulting CAR T cells are then expanded and infused back into the body. Ex vivo CRISPR-based therapies now in development take a similar approach.

University of Pennsylvania oncologist Edward Stadtmauer is starting a Phase 1 trial testing a therapy that will filter T cells from the blood of eligible patients with cancer, then use CRISPR to knock out three of the cells’ existing T-cell receptors (TCRα, TCRβ, and PD-1) and a lentiviral vector to insert a receptor for NY-ESO-1, a protein that appears on the surface of some cancer cells. After the modified cells have been expanded for a few weeks and patients have received a brief course of chemotherapy, researchers will infuse the cells, says Stadtmauer, who is currently recruiting patients to the trial.

CRISPR-based cancer immunotherapies are also in the pipeline of the Switzerland-based company CRISPR Therapeutics, which has announced its plans to file an investigational new drug (IND) application with the FDA for one such therapy by the end of this year. As in the UPenn trial, that therapy is based on knocking out T-cell receptors and adding a CAR programmed to seek out a cancer-associated surface protein—in this case, CD19. But in contrast to UPenn’s approach, the company plans to use cells from healthy donors and remove the major histocompatibility complex 1, a modification that researchers at the firm hope will enable the treatment to be used on multiple patients without provoking an immune response.

The patient cells used in autologous CAR-T therapies have been repeatedly exposed to antigen and inflammatory signals. As a result, they “often are pretty beat up, they’re exhausted, and they’re often not able to expand when they see the antigens,” explains Tony Ho, the company’s head of research and development. “With our technology we can make . . . a universal off-the-shelf [treatment]” that uses cells from a healthy person to avoid that shortcoming.

Beyond cancer, CRISPR Therapeutics aims to use ex vivo CRISPR editing to treat blood disorders such as β-thalassemia and sickle cell anemia. The idea is to extract hematopoietic stem cells from patients’ blood and edit them to make fetal hemoglobin as a workaround for the defective adult hemoglobin at fault in both disorders. The company applied for permission from European regulators in December to begin a Phase 1/2 clinical trial for β-thalassemia and plans to treat its first patient there later this year, but its plans to debut the same treatment in US trials to treat sickle cell anemia were put on hold in May when the FDA requested answers to additional questions during its review of the IND.

In a more direct approach to treating sickle cell anemia, Matthew Porteus, a physician-researcher at Stanford University, and his team have been working to fix the causative mutation in hematopoietic stem cells. Because the disease is caused by a single-nucleotide mutation, “on a chalkboard, it would be easy to say, ‘If we could change that back to something that doesn’t cause disease, we could cure the disease,’” he says.

In the lab, the team has used CRISPR and homology-directed repair (HDR), which supplies a bit of DNA to cells to use as a template when repairing CRISPR’s double-strand breaks, to correct mutations in 60 percent to 80 percent of patient cells, which Porteus expects will be more than enough for the therapy to alleviate symptoms of the disease. The next step will be to infuse the edited cells back into patients, where they’re expected to naturally lodge themselves in the marrow and begin producing healthy red blood cells. Porteus estimates that a clinical trial on the treatment could begin by the middle of next year. Ultimately, he hopes to treat not just sickle cell, but also other genetic diseases of the blood, including β-thalassemia. “If we’re successful, we believe we will have the platform to apply it to hundreds of other diseases without even having to change very much,” he says.

Genome editing researcher Jacob Corn of the University of California, Berkeley, is also using HDR to tackle sickle cell disease, with an eye on other diseases centered on hematopoietic stem cells. He likens his group’s approach to performing precision “surgery” on a patient’s genome, with edits customized to each person’s mutation. Corn, who cofounded the gene editing–based biotech company Spotlight Therapeutics and receives honoraria from or owns stock in several others, is hoping to launch a clinical trial for sickle cell disease as early as next year.

“There are a lot of really exciting results coming out every day,” Corn says. Although no such treatment has hit the market yet, “I’m optimistic that given even a decade, we’re going to see widespread [therapeutic] gene editing.”

Cambridge, Massachusetts–based Intellia Therapeutics has ex vivo therapies in the preclinical pipeline for cancer and sickle cell disease, but its most advanced program is actually an in vivo treatment. Using lipid nanoparticles to deliver the CRISPR machinery to hepatocytes of patients with transthyretin amyloidosis, researchers hope to disable the mutated allele encoding transthyretin. The protein doesn’t play an important role in the body, and an abnormal version of it can form deposits in the peripheral, and sometimes in the autonomic, nervous system, leading to loss of sensation in the extremities and, in the latter case, impairments of physiological functions. “[Transthyretin] has a minor function in the body, ordinarily, and so if you have this amyloidosis which is killing you, it’s just much better to get rid of the protein entirely,” says Tom Barnes, a senior vice president at Intellia. “Our therapy is designed to knock out both copies.” A one-time treatment is showing sustained results in mice, he says, and the company aims to file an IND late next year.

A potential pitfall of injecting CRISPR into the body is the risk of provoking an immune reaction. At Cambridge, Massachusetts–based Editas Medicine, a five-year-old pharma company whose cofounders include the Broad Institute’s Feng Zhang and Harvard University’s George Church, researchers are hoping to avoid such issues by delivering CRISPR for genetic eye diseases directly to the eyes, organs that are immunoprivileged and are less likely to become inflamed in reaction to the therapy.

The treatment furthest along in the pipeline targets one form of Leber congenital amaurosis, a genetic disease that causes vision loss or blindness. In the subtype of the disease that Editas is targeting, a point mutation in an intron causes abnormal splicing of the CEP290 transcript. The aim of the therapy is to snip out the mutation via nonhomologous end joining (NHEJ), a DNA repair process that doesn’t involve a template. At the American Society of Gene & Cell Therapy meeting in May, an Editas researcher presented results from macaques showing the treatment was well tolerated and successfully edited the CEP290 gene, and the firm announced plans to file an IND application very soon. “We believe that if we restore the CEP290 protein, we’ll restore the [function of the eye’s photoreceptors] and thereby significantly improve vision in these patients that are heavily visually impaired, if not blind,” explains Chief Scientific Officer Charlie Albright.

Editas is also applying lessons learned from the development of its Leber congenital amaurosis therapy in programs to treat other inherited eye diseases, such as Usher’s syndrome 2a, as well as blindness-causing herpes simplex virus–1 infection, Albright says. 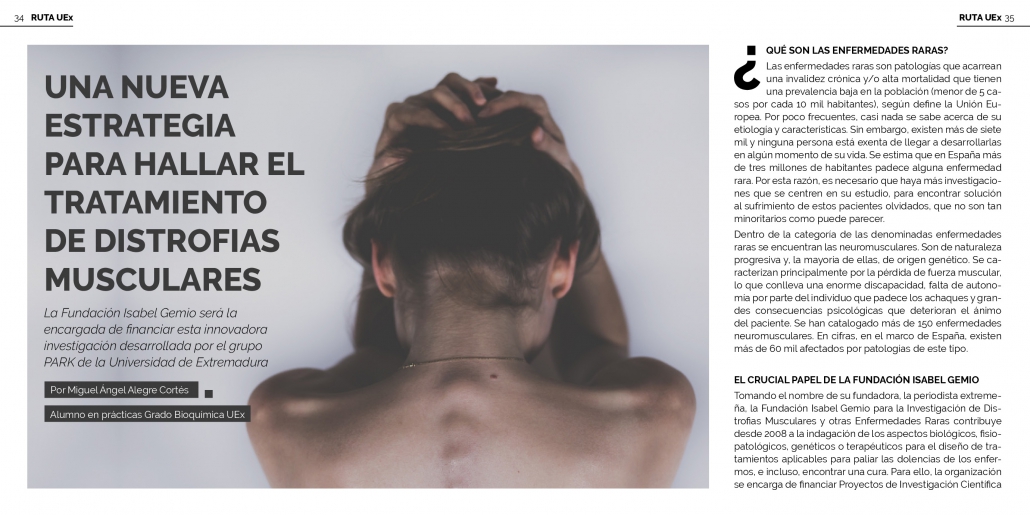 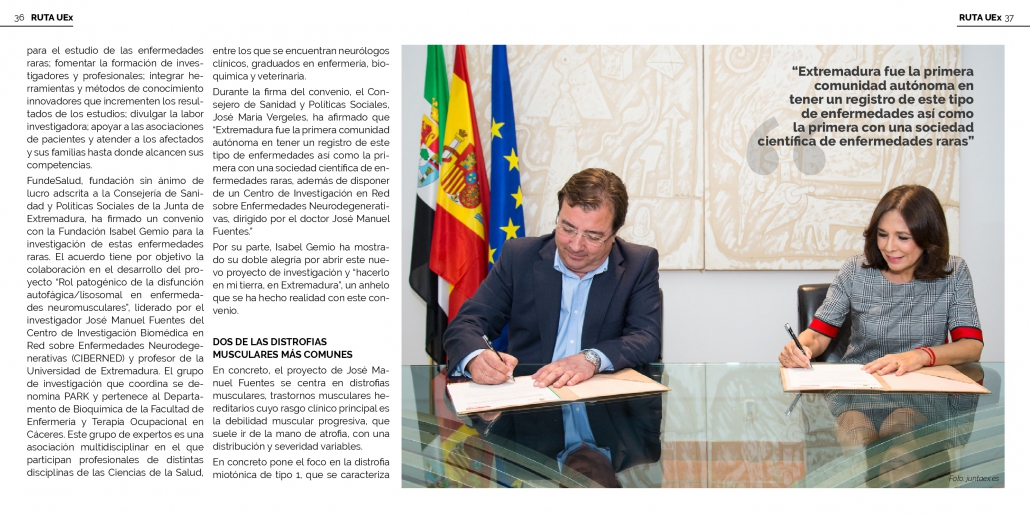 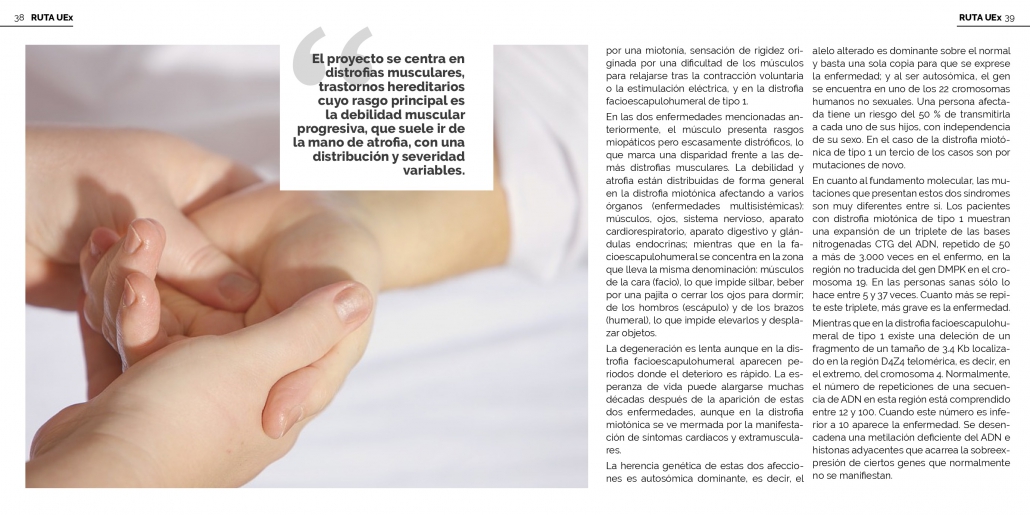